My implementation is available here.

The algorithm of the Hampel Filter is as follows [2]:

For a given sample of data, , the algorithm:

So basically, the algorithm applies sliding window and computes the local median and standard deviation, and if the Median Absolute Deviation (MAD) of the sample () is bigger than the threshold, , the sample is treated as an outlier. You can control the sensitivity of the filter by changing . Its window size is also a configurable parameter. 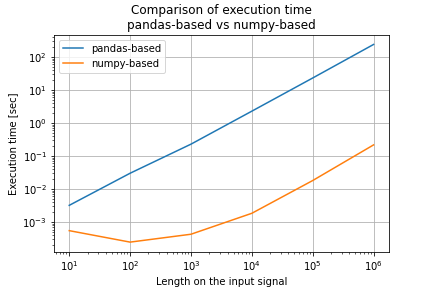